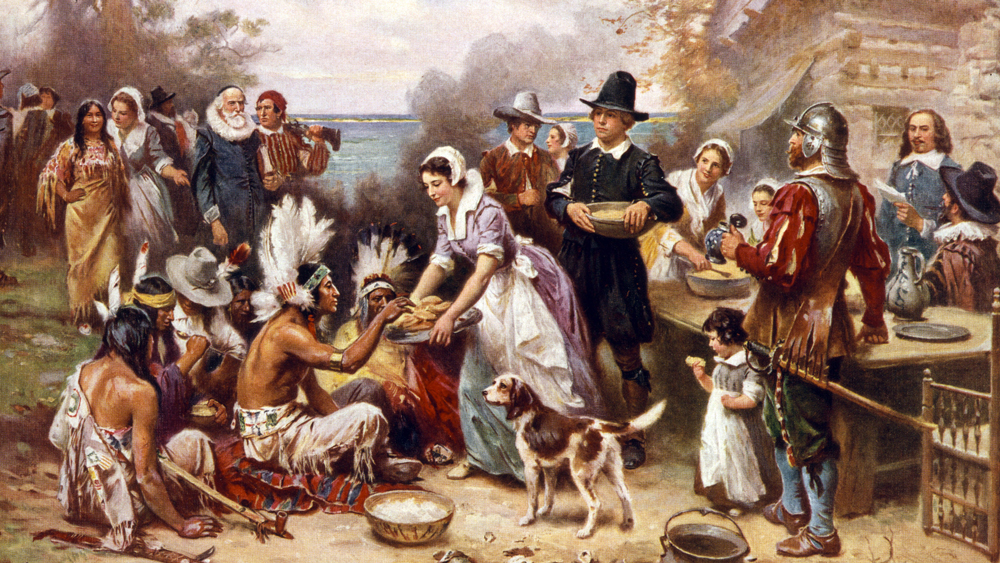 Our national Day of Thanksgiving has come and gone. And so has the national Day of Mourning. Both were commemorated this past Thursday. The one by millions. The other by a handful of Native Americans at Plymouth, Massachusetts.

Since 1970 the United American Indians of New England have commemorated a National Day of Mourning. It’s a day to honor Native ancestors and Native peoples’ struggle to survive. It’s a day of remembrance as well as protest against racism and oppression that Native Americans still experience. It’s preceded by a day of fasting.

I get it. Life is not always jolly.

We give thanks. We exchange gifts. We let the myth have its day.

But myths are not facts.

I cherish many myths—Santa Claus, the Easter bunny, the rising phoenix—but I cherish the truth more.

The Pilgrims and their successors undertook the genocide of millions of Native peoples, the theft of Native lands, and a relentless assault on Native cultures.

We have many holidays for merrymaking. But we don’t have a holiday for mourning, a time to pause and remember our transgressions.

The Jewish people do. On Yom Kippur they remember their sins, their failures at love and justice. It’s a day of fasting. It’s solemn but not sad. Mercy greets the repentant.

We can be thankful any day. But Thanksgiving concentrates the mind on gratitude.

We can be remorseful any day. But a day of remembrance would concentrate our minds on contrition.

On such a day we would acknowledge the ways we have wounded ourselves and others, including Mother Earth and her creatures. We would fast. We would confess. We would weep. We would resolve to make reparations.

We need a national Day of Remembrance.