My friend died suddenly last month. He was 91. I was shocked and saddened. I also felt guilty. I felt as if I’d let him down. I’d known him as an acquaintance for 30 years, and then early last year we became friends.

My friend was born and raised in Alabama. His ancestors were Presbyterian, but his father married an Anglican and so my friend was raised Episcopalian. He went to Harvard and soon found the church and Christianity unpalatable.

He became a diplomat with the State Department. His assignments took him to many overseas countries. He developed an ecumenical outlook on all things religious.

Anglicans in Alabama are not Bible-thumpers. Nearly everybody else down that way is. The Bible is iconic in the South. Whether you believe it or not, you can’t get away from it. 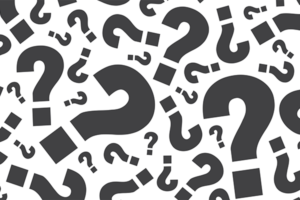 Two years ago my friend realized he had some nagging questions about the Bible. He called me.

(I mean, really, who ya gonna call? Jimmy Swaggart?)

Is this a crisis of faith? I asked.

No, not at all. I’m just so damn curious about everything, and that includes the Bible. How in the hell did it become the Word of God?

My friend came to my house.

I know Moses didn’t write the first five books of the Bible. So who did?

No one knows. But we do know that it was composed, redacted, and compiled by many hands over a long time. And we know that each of the authors was blinkered. We know things they didn’t. The Bible is a human product.

A lot of stuff in there is just plain wrong (the world was not created in seven days) not to mention immoral (holy wars, condemnation of homosexuality, subordination of woman, to name just a few). It’s a bony fish. Good idea to pull out the bones before swallowing any of it.

Actually, it’s not even a single book. It’s a collection of diverse works. We might think of it as we would a collection of Roman and Greek literary works. We can take the Bible into account, if we’d like, but we certainly don’t have to be bound by it.

You should put that into a book!

Hurry up. I’m old. I want to read it before I die.

PS: Two book signings are coming up soon at Four Seasons Books, 116 German St., Shepherdstown: Saturday, September 25, at 11:00 a.m. and 3:00 p.m. Each event will begin with a brief reading. Bring your copy of 80 Dispatches from the Devil’s Domain or purchase one at the store that day. This book and my first one, Let Love Arise, are available on Amazon (print and digital). Might not your kith and kin enjoy a copy too?