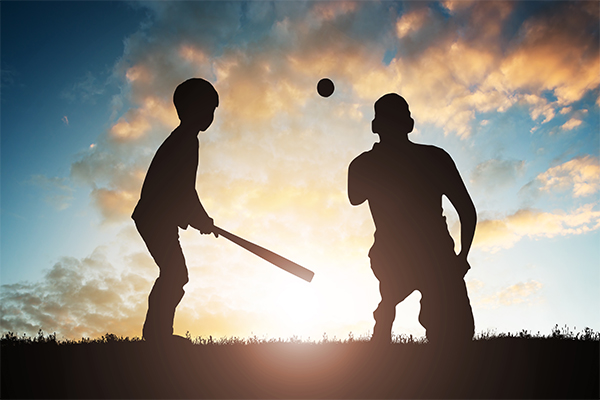 My father was the son of a coal miner. His father emigrated from Prussia, settled in Morrell, Pennsylvania, just outside Connellsville, and raised a family. They were devout Lutherans. They were poor, but at least they weren’t (Irish!) Catholics.

My father graduated from high school during the Depression. He rode boxcars from Connellsville through Baltimore and into the South looking for work. He was hired by a textile company because they had a baseball team in the industrial league, and my dad could hit a ball a country mile.

A certain Georgia peach liked his swing. They married and moved to Youngstown, Ohio. He got a job as a brakeman with the P&LE Railroad.

And then his life changed.

He became a born-again Christian, a fundamentalist. And just like that, the Bible became everything to him.

My father believed that the Bible is the infallible, inerrant Word of God. He rose every morning before the sun and read the Bible studiously for an hour before taking a bus to work. He carried a compact version of the Bible in his shirt pocket. He read the Bible before bedtime.

Fundamentalism changed his thinking but not his character. He remained kind, honest, industrious, humorous. He remained a slugger. Everywhere I went as a kid people told me what a great baseball player he was. He strove to be the best—at baseball and at Bible study.

My father taught me to revere the Bible. And I did—for a long time. But he had unwittingly taught me a few other things. Read. Study. Learn. Ask questions.

For the past 40 years I’ve gotten up before sunrise to read. I’ve read hundreds of books. I’ve studied. I’ve learned. I’ve asked questions.

And now I’m writing my own book: Putting the Bible in Its Place: Off the Pedestal. Out of the Trashcan. Back on the Table. Or, how an anthology of assorted Jewish writings became the Word of God and why it isn’t.

My dad would not approve. But I think he would understand and perhaps be proud. After all, he gave me a love of reading, studying, and learning. And for that I am grateful.

What gift did your father give you? Leave your answer below. Return later to see the catalog of gifts from our fathers.

GIFTS FROM OUR FATHERS, PART 2

The responses to last Sunday’s post (Gifts from Our Fathers) were not as many as those to my Mother’s Day post (Mama Said). Forty-two for moms; 24 for dads, which was more than I expected actually. Here's a sampler.

THE GIFT OF FAITH

I envy my evangelical friends. They face death with an unshakable confidence.