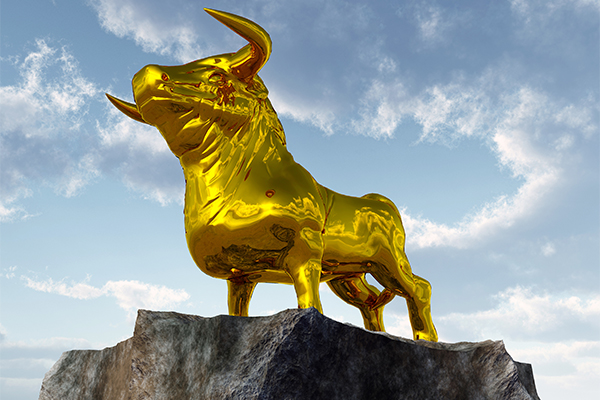 We have a statue of St. Francis in our flower garden. So far no one has attempted to topple it.

Even the bear cub—during its midnight rampage a few weeks ago—left St. Francis standing despite toppling two trashcans on one side of the statue and tearing down two bird feeders on the other side.

What can I say? Everybody loves St. Francis. The same can’t be said of Robert E. Lee, Columbus, or the Golden Calf.

I hadn’t given statues much thought, but when I did I couldn’t help thinking of the Golden Calf and Moses’ rampage against it. He tore it down.

Moses hadn’t been gone but a few days when his people blatantly violated the Second Commandment. Make no graven images.

Which makes you wonder what our compatriots in the Bible Belt were thinking when they installed hundreds of graven images. Don’t they read the Bible?

(When my evangelical friends tell me that the Bible is the Word of God, I have to ask them: Really? Have you ever read it?)

Anyway, all these pious people who want to post the Ten Commandments in courthouses and public places had better read the blessed list first.

Sabbath observance alone would eliminate Sunday football and NASCAR. The prohibition against killing would eliminate war and capital punishment. The adultery clause—punishable by stoning to death—would eliminate many judges, lawmakers, and at least one president.

Our Bible Belt compatriots revere the Second Amendment. The Second Commandment, not so much.

Moses might have been the first iconoclast, but he wasn’t the last.

Sixteenth-century Protestants demolished thousands of Catholic icons and statues in the name of righteousness. It wasn’t the statues themselves that were odious. It was the values they represented and enshrined.

These days moral absolutism drives a lot of people. I’m all for righteous causes, but I find self-righteous people unbearable. (God save me from your people!)

Even our hungry, prowling bear cub was discriminating. You don’t have to destroy everything just because you’re hungry.

Beware what you idolize. Especially your own truth.

This is no time to revere icons of genocide, treason and White supremacy. Now is the time to repent and make amends.

We need a statue to humility.

Until then, I say, tear ’em all down. Except two.

St. Francis in my garden.

And Mr. Bojangles in Richmond.

Check out Paula’s photograph (Perseids) on the home page.