One swallow does not a spring make.
—Aristotle

I knew little about Ukraine before Putin invaded it. Now I know a lot.

I know the eventual Russian Empire began when Viking Prince Oleg established Kyiv as capital for the Rus people in the ninth century. I know it was once independent and then not. I know that between the world wars Russia, Poland, Romania, and Czechoslovakia carved it up. I know that a plebiscite resoundingly supported its declaration of independence in 1991. I know Putin has harassed it ever since.

I know its current president was previously a comic actor in Servant of the People, a television show in which his character improbably became president. I know he competed in Ukraine’s Dancing with the Stars—and won—while cavorting, blindfolded, in hot pink, fringed bell-bottoms.

I know he formed a Servant of the People political party. I know he ran for president as an outsider against the corrupt oligarch Petro Poroshenko in 2019. I know he won.

I thought it was a joke. After all, two years earlier the United States elected a television celebrity. A clown. So why not Ukraine?

Volodymyr Zelensky is no joke. He’s 44 years old. He stands 5’7″ tall. He’s fluent in Russian and Ukrainian. He’s Jewish. He knows what evil authoritarians do.

Today is the first day of spring in the northern hemisphere and that includes Ukraine. Here comes the sun. Days grow longer. Nights shorter. 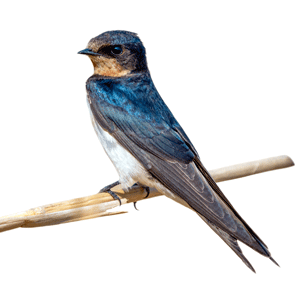 One swallow does not a spring make.

Still, one is enough to give us hope. Spring is on its way. It’s how the natural world works.

But the natural world is not the only world.

In Ukraine darkness is not receding. Nights are longer.

Light may yet triumph over darkness in that land. We don’t know. It all depends. It depends on people—Ukrainians mostly. But it depends on others as well.

And it depends on Ukraine’s leader.

And that improbable leader is blossoming before our eyes. He stands tall. He walks the streets. He rallies his people.

I am here. We will not lay down any weapons. We will defend our state because our weapons are our truth.

Volodymyr Zelensky is a hero.

One hero does not a victory make.

But one is enough to give us hope.