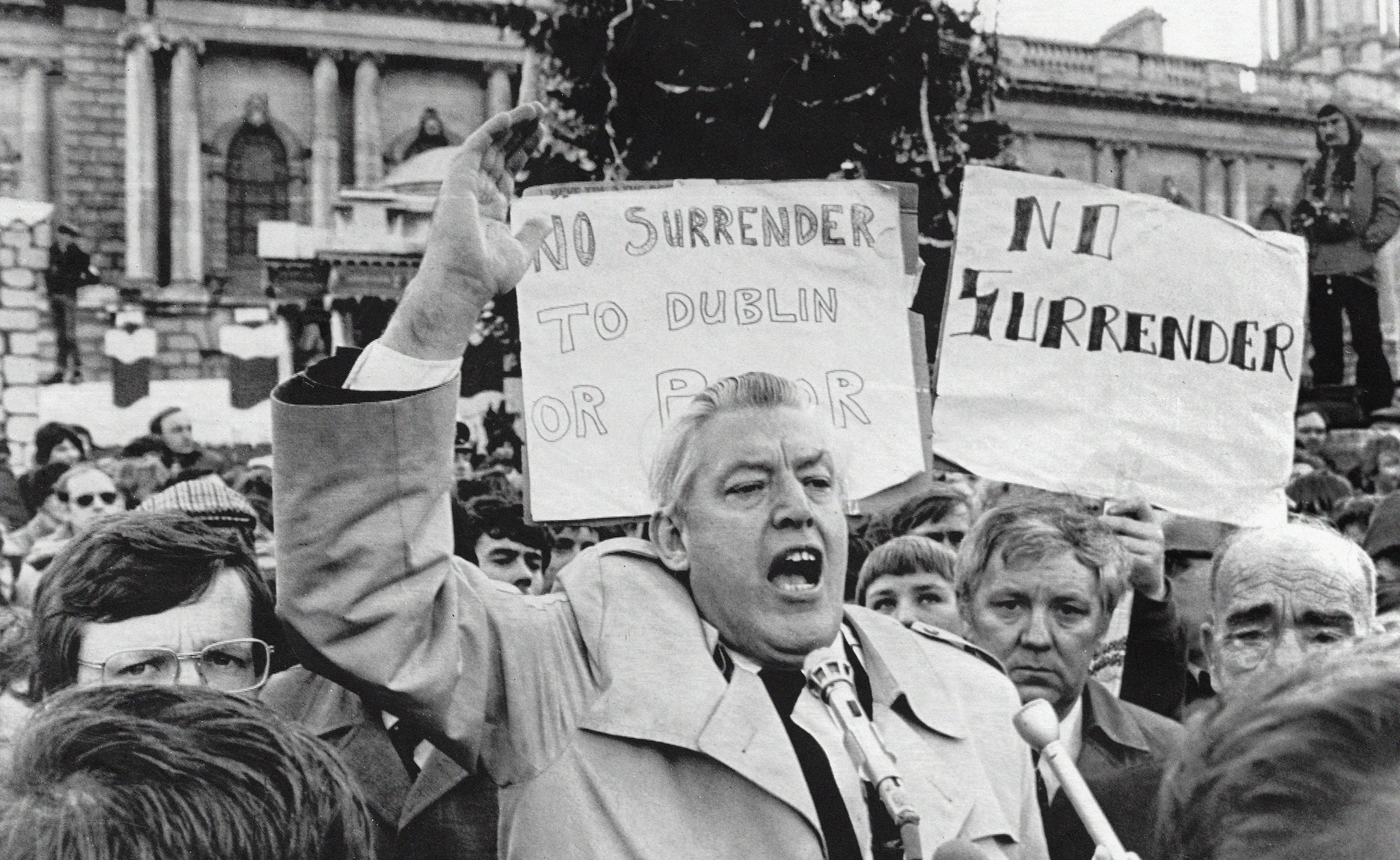 The Troubles in Northern Ireland (1969—91) were stoked by Ian Paisley, a hate-spewing Presbyterian minister. David Duke and Jerry Falwell in one body.

For nearly 50 years from his pulpit and in his newspaper (Protestant Telegraph), he raged against homosexuality, abortion, civil rights, liberal churches, Catholics, and the pope (“the Antichrist!”). He riled up Protestants to destroy Catholic homes and businesses. He sabotaged every effort to reconcile Northern Ireland with the Republic of Ireland.

He organized paramilitary groups—the Third Force and the Ulster Resistance.

My men are ready to be recruited under the British Crown to destroy the vermin of the IRA. But if they refuse to recruit them, then we will have to destroy the IRA ourselves! We will stop at nothing!

Every Catholic in Ireland despised Ian Paisley. And even though he defiantly left the (moderate) Presbyterian Church of Ireland in 1951 to form his own denomination (Free Presbyterians, who make up 1 percent of the population), he was the face of Presbyterianism.

In July 1989, during The Troubles, Paula and I went to Belfast and then to Corrymeela Center on the northern tip of the island. Corrymeela was founded in 1965 by Ray Davey, a Presbyterian minister, to aid individuals and communities suffering through the violence and polarization of the conflict. (Mother Teresa and Bishop Tutu paid visits.)

After a day of tours, workshops, testimonies, songs, and prayers, we returned to the nearby town of Ballycastle. That evening we went looking for a pub. (When in Ireland…)

We found one and went in, not knowing it was a “Catholic” pub. Everybody else just knew. We didn’t. (It didn’t have a NO PRODS sign outside.)

WHAT?! A PRESBYTERIAN MINISTER?!

What are you over here for?

[ … ]
Actually, I came over to convert Ian Paisley to Christianity.

We didn’t have to pay for a single drink all night.

I love the Irish.