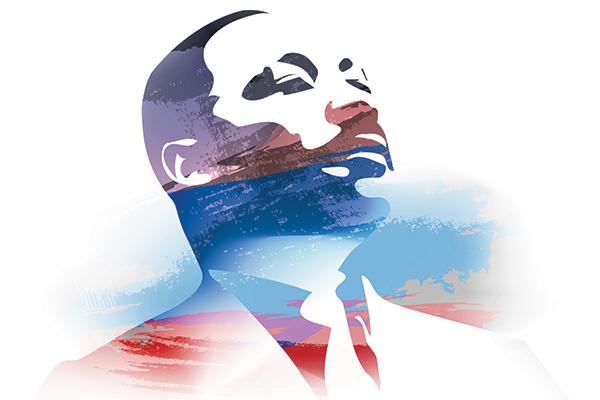 No need to retell that history except to remind us that King prayed. He uttered many prayers. But I’m pretty sure the “Serenity Prayer” (God, help me to accept the things I cannot change…) wasn’t one.

I don’t know, but I can guess the closest he came to that was something like this:

King was assassinated in Memphis, where he had gone to join sanitation workers marching for higher wages. He could not accept the exploitation of workers. He advocated collective bargaining.

All labor has dignity. It is a crime for people to live in this rich nation and receive starvation wages.

There was much about our nation King could not accept. He could not accept Jim Crow laws, White supremacy, poverty, inequality, injustice, imperialistic wars. Against strong disapproval, he publicly condemned the Vietnam war.

Millions of dollars can be spent every day to hold troops in South Vietnam and our country cannot protect the rights of Negroes in Selma.

King put his life and reputation on the line. Time and time again.

I don’t know whether King ever prayed the “Serenity Prayer,” but I know he prayed the Lord’s Prayer. Often.

Thy Kingdom come, thy will be done on earth as it is in heaven.

King was not waiting for heaven. He worked to bring heaven to earth.

O God, grant that we will be able to establish here a kingdom of understanding, where men and women will live together as brothers and sisters and respect the dignity and worth of every human being. Give us strength of body to keep walking for freedom. Give us strength to remain nonviolent even though we may face death. In the name and spirit of Jesus. Amen.

King prayed. But he also said:

Never make prayer a substitute for work and intelligence.

King’s favorite hymn was “Take My Hand, Precious Lord.” He didn’t follow Jesus, he walked with Jesus. Hand in hand.

He made good trouble.

What are some things you cannot accept?