THE GOD WHO SMITES 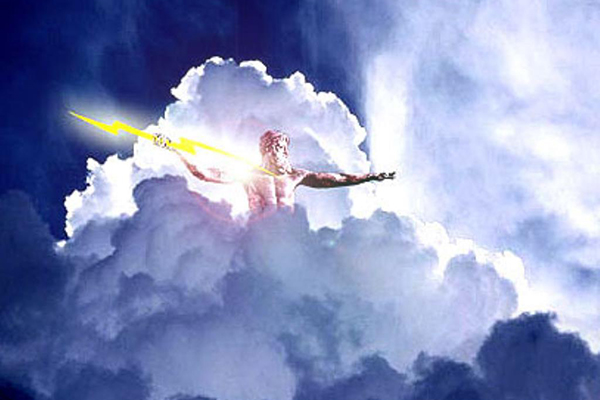 My longtime friend is a secular Jew, which makes him, I think, a humanist. He hasn’t renounced his Judaic heritage, but he takes it with a grain of salt.

Hard not to, what with the “talking snake,” Abraham’s near sacrifice of his son Isaac, the plagues of Egypt, blood in the rivers, the frogs, the boils, the slaughter of the firstborns, manna from heaven, the whole “Promised Land” bit, not to mention the “Chosen People” thing. That’s a lot to swallow!

Over the years I came to share my friend’s aversion to religion. Under his influence—and a host of thoughtful skeptics such as Baruch Spinoza, Thomas Paine, and Bertrand Russell—I gradually discarded theism (trust in a supernatural god) in favor of humanism.

My friend now believes in such a god.

A few weeks ago when a close associate of the president tested positive, my friend fell to his knees and asked the god of his ancestors to smite the president with the virus, and if his ancestral god would do that, my friend would gladly make a sacrifice.

The next day the president tested positive.

My friend immediately redialed Jehovah. My friend thanked Jehovah and then explained that he had only daughters, so sacrificing his firstborn son wasn’t possible. Instead, he would give up drinking beer until after “The Election.”

I know how much my friend likes (loves!) beer. I thought he was joking. But he insisted it was true, and he certainly didn’t want to go back on his word with a god who smites people.

I told him that this sort of superstition (Let’s try something here. Kill a chicken and see if it rains!) is what gave rise to religion in the first place. He shrugged it off. He’s keeping his promise to Jehovah.

I saw him last week. He has definitely lost weight.

Well, as it turns out, the whole positive test–Walter Reed Hospital–ll Duce balcony appearance thing turned the electorate against the incumbent. My friend’s prayer did it!

If Biden wins, I will mold a statue of my pious friend, place it next to St. Francis in my flower garden, and every November 3rd salute it with a pint of beer.

See Paula’s “Barn in the Fog” photograph on the home page.