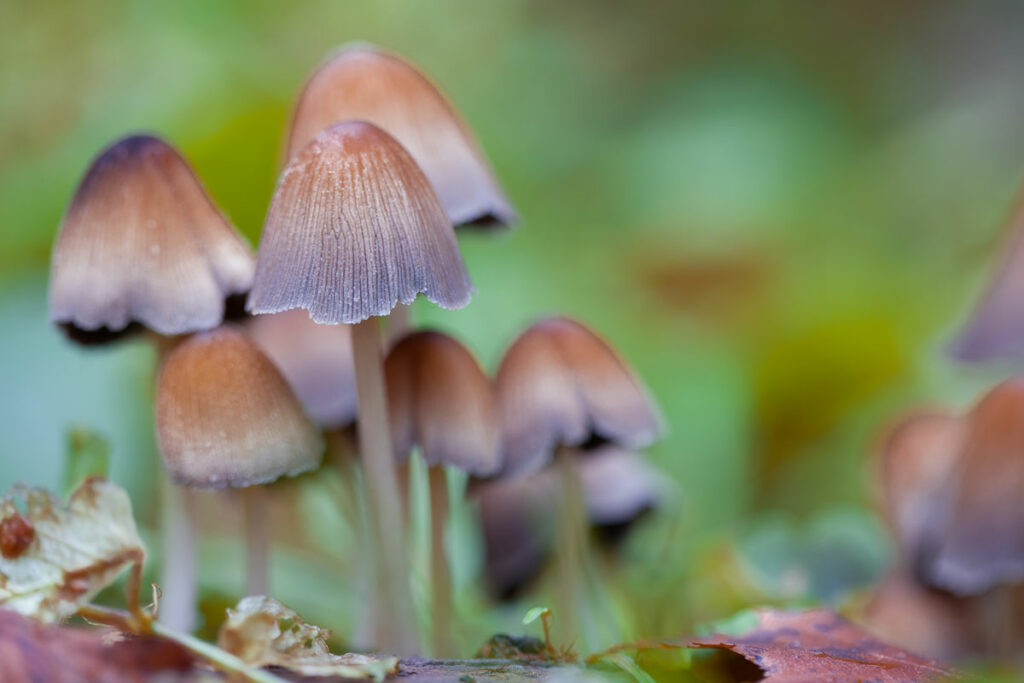 Mushrooms are peculiar. Neither plant nor animal, they are fungi, belonging to one of the six biological kingdoms. Animals, Archaebacteria, Eubacteria, Fungi, Plants, and Protista.

I’ve put mushrooms on my salads. Now they’re on my mind.

And then I learned about traces of mushrooms on ancient eucharistic chalices unearthed in the catacombs of Rome.

I learned that mushrooms have multiple uses: biofuel, skincare, imitation leather, cancer treatment, and bricks, to name a few.

I learned of Aldous Huxley’s experiences with mushrooms and other hallucinogens from his book The Doors of Perception (1954). (Jim Morrison named his band after that book.)

I learned that long before organized religions arose, our predecessors partook of various plants, herbs, and mushrooms to enter another realm of consciousness where they touched immortality and felt at one with all things.

I learned that hallucinogens have become a sacrament for some people who are “spiritual but not religious.” (Huxley foresaw such a “new reformation” of spirituality.)

I learned that American scientists began controlled clinical experiments with psychedelic drugs in the 1950s.

I learned of Timothy Leary, who famously tripped out on LSD and became “the most dangerous man in America,” prompting Nixon to declare a war on drugs in 1970. Consequently, scientists ceased their experiments. But in 2000 researchers at Johns Hopkins University began clinical psychedelic experiments again. Most participants attest to positive results. More joy. Less anxiety. More love.

It’s not that psychedelics are the only way to an altered state of mind. That would be dogmatism. But they are a way to experience an altered state, which may lead to altered traits. Prayer, meditation, music, and even a “runner’s high” may do the same.

Mushrooms are fantastic. Intelligent. And thus they speak.

There’s a feeling,
the pulse of eternal knowledge.
When you sense the oneness, you are with us.
We brought life to Earth.

You can’t see us, but we flourish all around you.
Everywhere, in everything,
and even inside you,
whether you believe in us or not.

From your first breath, to your last.
In darkness, and in the light.
We are the oldest, and youngest.
We are the largest, and smallest.

We are the wisdom of a billion years.
We are creation.
We are resurrection,
condemnation, and regeneration.

We are mushrooms.
(from the film Fantastic Fungi, 2019)