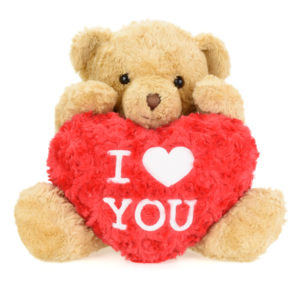 Today is Valentine’s Day. I’m not a big fan.

As a prepubescent boy I got a lot of candy hearts from many a prepubescent girl who wanted to “be mine” or “kiss me.” I thought kissing a girl would be icky, but still I chewed their candy, got cavities, went to the dentist, and had a shrieking drill plunged into my rotten tooth.

(The Romans didn’t fool around with wimpy things like impeachment.)

The Roman Catholic church canonized both Valentines as martyrs, established February 14 as St. Valentine’s Day, and bought stock in Hallmark, Cadbury, and FTD.

(I can’t swear to the stock purchase bit, but it wouldn’t surprise me.)

From February 13 to 15, the Romans celebrated the feast of Lupercalia to venerate and invigorate sexuality and fertility. Men sacrificed goats and dogs and then romped naked through the streets whipping women with thongs cut from the hides of the slain animals.

(Eat your heart out, QAnon!)

In the fifth century Pope Gelasius combined Lupercalia and St. Valentine’s Day hoping to squelch the pagan fertility revelries. Men complained, but dogs and goats sang te deum laudamus at the top of their lungs.

(I can’t swear to the te deum bit, but it wouldn’t surprise me.)

My lips, two blushing pilgrims, ready stand / To smooth that rough touch with a tender kiss.

(If only those candy hearts had borne such poetry, I might have dared a kiss!)

And thus a tradition was born. In 1913 Hallmark Cards of Kansas City, Missouri, cheerfully adopted it. Valentine’s Day became a $20 billion bonanza.

But I am a fan of love songs.

I Just Called to Say I Love You. Something. I Will Always Love You. Wonderful Tonight. Love Me Tender. Annie’s Song. Ain’t No Mountain High Enough. At Last. Endless Love.

And that’s just a start.

It’s hard to pick a favorite. But I do have one: “In Spite of Ourselves,” by John Prine.

It’s a quirky song but then so is true love.

In spite of this blog!