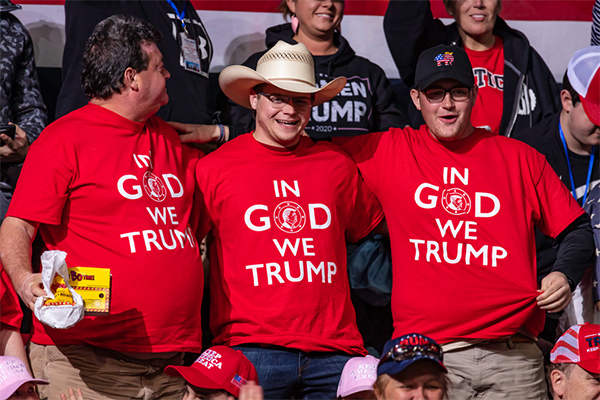 Trump does. I don’t.

I eat with respectable people.

Why do you eat with deplorable people—sinners and scum and such? the Pharisees asked Jesus.

A shepherd had 100 sheep. One got lost. The shepherd searched high and low until he found the missing one. He brought it home. The lot was restored, complete, whole. Everybody was happy.

A women had 10 coins. One got lost. She searched high low until she found the missing one. She returned it to its place. The lot was restored, complete, whole. Everybody was happy.

A father had two sons. One went missing, lost in debauchery. The father did not go searching. (A child is not a sheep or a coin.) The father could only wait, like so many other parents.

Every morning and evening the father searched the horizon.

Then one day the missing son came slouching homeward, beat, bedraggled, ashamed. His father ran and embraced him, bedecked him in finery, and threw a party. Everybody was happy—except for one person.

The father noticed his older son missing—the son who had remained home, working the fields faithfully and tirelessly. Unnoticed.

The father went searching for his missing son.

Please come in to the party, son. Your brother was lost, but now is found. Let’s rejoice!

But the son refused. He rebuked his father for showering extravagant, prodigious love on one son while neglecting the other.

It happens. A lot.

Parents, institutions, societies, and nations are flawed, fallible, and sinful. They favor some and neglect others. People get hurt, angry, resentful.

The father returned to the house but left the door open. And that’s where the story ends.

Why do you eat with deplorable people?

That’s why. To open a door.

It’s easy to carry a lost sheep home. It’s easy to put a lost coin back in a purse. But it’s not easy to bring angry people back into community, to make the broken whole.

But they can be loved.

Sometimes all you can do is open a door and make room for one more at your table.