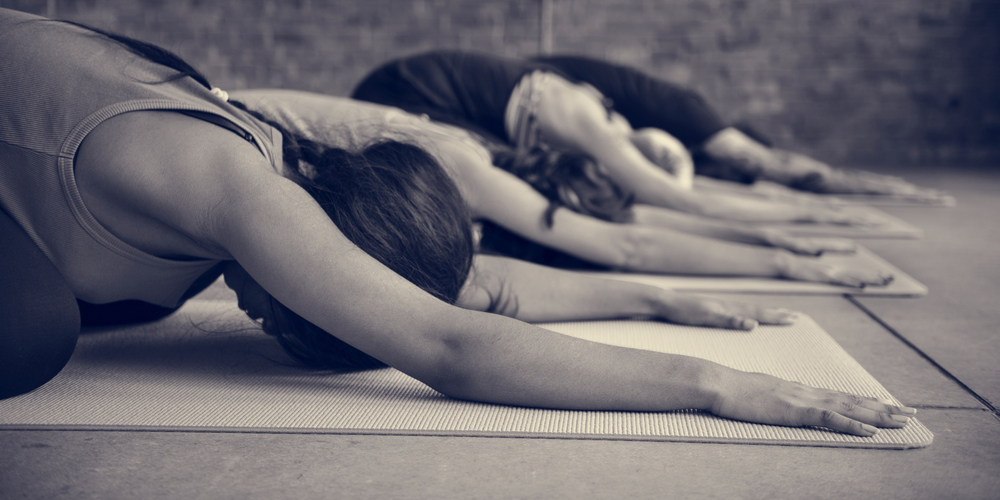 I go to yoga the way a lot of people go to church. Which is to say, occasionally. And that means I feel guilty a lot of the time because I believe going to yoga is good for me. Yoga saves the body from corruption.

As luck would have it, in this town yoga has more evangelists than the churches do. Nearly every street corner has one.

I heard testimonies. I heard people say that through yoga they had been born again. OK. They didn’t actually use those words. Still, I knew what they meant. Weight loss. Flexibility. Lower back pain relieved. Stability. Decluttered mind. Enlightenment.

I saw throngs going to yoga with mats under their arms the way Baptists carry Bibles to church. A few years ago, a friend said, Come with me. I went.

It felt like being in church. Instead of pews, we sat on mats. Instead of prayers, we did poses. An instructor led us through a ritual. It took an hour. I learned how to sit, stand, twist, tuck, breathe, and bow to the divine in the other. Namaste.

Believing in Jesus will get you saved—or so it’s been said. Believing in yoga won’t get you anything. You gotta practice. It’s not what you say. It’s what you do.

Yoga is a yoke. It joins two things that tend to drift apart.

I want to go more often—weekly, in fact. But I don’t. And that’s something yoga can’t fix.