A TALE OF TWO SONS 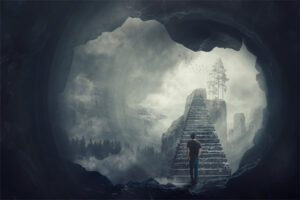 This past weekend I saw two sons of Shepherdstown—one in a wheelchair, the other in an enduring funk. Each has been through countless rehabs. Each has family and friends pulling for him. One has triumphed over tragedy. The other still struggles.

In a small town you get to see children grow up. We don’t know all the kids, but we know of them all. We see them in school plays. We see them marching in the Christmas parade. We see them sitting on “the Wall.”

We don’t see them every day, but we keep track of them. After all, they’re all our kids. When one is hurt or in trouble, we all feel it.

Mason was one of the most cheerful, delightfully goofy kids that ever came along. I once sat beside him at the junior high’s production of Annie!

I know you, but I can’t recall your name. With a twinkle and a grin he said: You can call me “Jar.” And that’s what I called him thereafter.

And then tragedy struck.

Mason was nearly killed in an auto accident in July 2008. He was medevaced. He underwent multiple surgeries. He lay in a coma. The prognosis was grim. But his parents and friends kept pulling for him. The whole town pulled for him.

His parents battled the insurance company. Requests and appeals were denied again and again. But they persisted. And they finally won.

Mason spent months in a renowned rehab facility trying to move his fingers, trying to speak—day after day. He persisted. He mustered his will, determined to rebuild something beautiful out of the ruins.

At last, Mason went home. Family and friends celebrated and then got to work. Mason’s transformation had just begun.

Day after day, week after week, year after year, his parents and a stream of friends tended him. Slowly but surely he got his mojo back. He cracked jokes. He sang (sort of!). He took up painting.

This past weekend Paula and I joined others from our village at an exhibition of his paintings. Mason held court from his mobilized wheelchair. We all left blessed.

One son rebuilt something beautiful out of the ruins. So why can’t the other?

We keep pulling for him. Still.

To see more of Mason’s paintings, click on the link below.