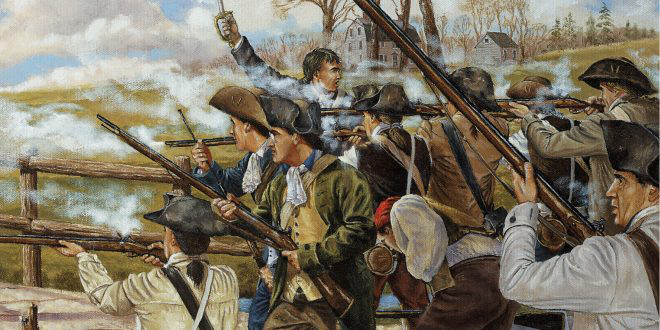 Today I will stand with fellow citizens at a “Rally for Racial and Economic Justice.” We will stand on the site where the “Beeline March” began 245 years ago, a site now known as Morgan’s Grove Park. It’s in Jefferson County just outside Shepherdstown, West Virginia. In 1775 it was in the colony of Virginia.

I wouldn’t call it sacred ground, although Alexander Boteler did. Boteler’s father, Henry, built a house (Fountain Rock) on that site in 1834.

On July 19, 1864, a detachment of the Union army under Captain Franklin Martindale burned it to the ground in retaliation for General Jubal A. Early’s burning of the Maryland governor’s house—all part of the war to end slavery.

Burning property as a form of justice!

If you’re rallying for justice, Morgan’s Grove is a pretty good place to stand.

In July of 1775, 98 Virginia riflemen assembled there under the leadership of Captain Hugh Stephenson at the request of General George Washington by way of the Continental Congress. They made a “beeline” to Cambridge, Massachusetts—600 miles in 25 days—to join the battle for freedom.

The revolution was imperiled. More bodies were needed. They answered the call to liberate their country from British tyranny. They turned the tide.

The Rev. Ernest Lyles asked me to offer the invocation at the rally. I agreed even though I don’t do traditional invocations anymore. Invocations “invoke” God’s presence. I don’t think that’s necessary.

For whatever God is, God is always present. No need to invoke what’s already here. As the ancient Greek poet put it: In God we live and move and have our being.

I’m not even sure what God is. You can name it what you will. I just let the mystery be. But I’m guessing it’s love.

God is love. God is present. God is awake.

I’m not sure about the rest of us.

So I think provocation is needed more than invocation. I’d like to “provoke” dozing citizens to wake up.

Don’t sleep through this revolution or you might wake up in a country you don’t recognize anymore.