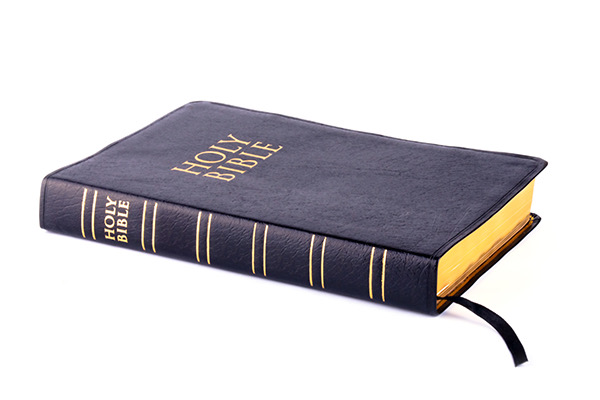 On Monday, June 1, 2020, at 7:10 p.m. Eastern Time, the president of the United States of America held up a Bible in front of St. John’s Episcopal, a historic white church across from the White House.

The king lost his colonies and his church, but he still had his Bible.

King George III revered the King James Bible. The colonists read it. (“Rebellion to tyrants is obedience to God!”)

While posing in front of the church, the president thrust the Bible upward, careful to keep the book level with his head, not above it. (His attorney general had told him nothing could be above him.)

The president may have intended to send a message of defiance by mimicking the Black Panther fist (“Power to the people!”), but it looked more as if he were showing off something he (and he alone) had just found.

Look what I found. Who knew the Bible was even still around? It’s a beautiful and strong book. Very strong! Few know that it was written by Gideon. Great man! Wonderful man! I stayed in one of his hotels once. Incredible!!

The Bible, the president said when asked, was not his family Bible. It was just a Bible.

Many revere the Bible. Some actually read it.

Enslaved black people read it. They knew the Exodus story and told it to their children, over and over again.

Old Pharaoh used all the force at his disposal to dominate the slaves. But you can keep a lid on a boiling pot for only so long. Tranquility is not peace. And peace without justice is not peace. The mighty shall be brought down. And the downtrodden shall be lifted up. That’s what the Good Book says! So the Lord troubled the waters and the lid blew off.

On second thought, maybe the president was just giddy with pride having discovered an explosive device someone had slipped into the Oval Office.

I MYSELF FOUND IT. LOSERS!

If you have a Bible, better hide it now!

Check out Paula’s new photographic montage on the home page.