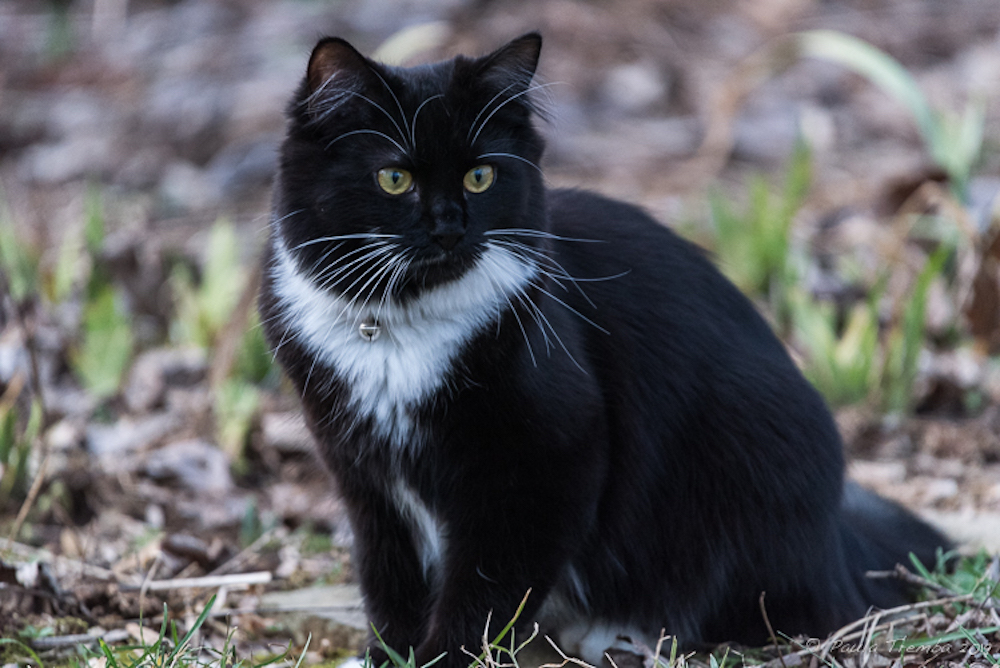 My birthday, last Sunday, was nearly a most unhappy one. I started the day on the edge of despair.

My wife’s dearly beloved cat went missing the night before. (I like the cat alright. She’s nice. She allows me to sleep next to my wife as long as I don’t get too close.)

I’ve watched Meeka develop from an adorable little kitten into something resembling a snooty teenager. Still, I’m quite fond of her. I wish her no harm.

I assured my wife that Meeka would return. After all, she’d stayed out all night once before. But, of course, that was before a bear cub began prowling our woods.

A cat that goes missing on the Fourth of July, I told my wife, is probably declaring her independence. (Paula didn’t think that was funny!)

A statue of St. Francis stands in our flower garden watching over all creatures, great and small. So I knew Meeka would be at the back door in the morning.

I slept well and got up before sunrise, eager to confirm my faith.

Meeka was not at the door. She was not there at 6, 7, or 8 a.m. My wife would awaken soon. I foresaw weeping and gnashing of teeth.

I summoned our black lab, Lucy, to join me in searching for “little sister.” We tromped about the woods. Lucy sniffed and sniffed.

I called out like the good shepherd searching for the lost sheep. In that Bible story, there were 99 other sheep back home. This story has only one cat in it. One cat. Period.

In the Bible story there’s a happy ending. The shepherd finds the lost sheep, lifts it in his arms, and carries it back home. The heavens rejoice.

We were not in the Bible. We were in the woods. Deep, dense woods.

We tromped farther. Time passed. Hope faded. We slouched back to the house. Defeated.

And there she was.

Meeka was sitting in the middle of the backyard, near the statue of St. Francis, nonchalantly licking her paws.

I skipped up the stairs like an evangelist bearing the good news of salvation. My wife beamed. The heavens rejoiced.

The cat came back.

Photo of Meeka by Paula Tremba

Check out Paula’s photograph (Perseids) on the home page.