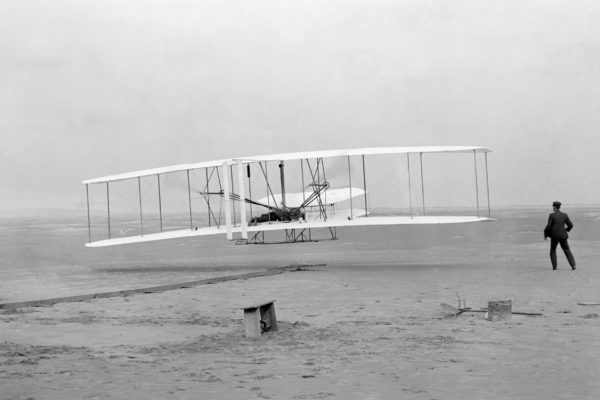 On the way to the beach last week we passed Kitty Hawk. And that got me thinking of Eve. (It had been a long drive.)

Think what you will about Eve, but she launched her children into space. NASA, China, and the United Arab Emirates each launched a spacecraft toward the Red Planet last month.

Thanks to Eve our reach will always exceed our grasp.

I know the Church portrays Eve as a villain, plunging humankind into sin and darkness. But I don’t see it that way at all, nor do most Jews who first told the tale of the forbidden fruit.

Eat that fruit (of knowledge) and you will die, warned the divine potter who had molded Adam and Eve. I’m divine and you will never be.

We’ll, see about that, muttered Eve.

A serpent cheered her on. You won’t die. You’ll come alive! You’ll become something the rest of us can’t be. Your children will be the wildcards of creation!

I see Eve as a hero, defying “God” and (we might say) patriarchy and all restrictions on her aspirations. This tale from the Great Ancestors portrays humanity’s ascent, not its descent.

Of course, it’s a folktale—not history or anthropology. It’s not factual. But it is meaningful.

It articulates human capabilities (and vulnerabilities). Yes, we go awry—badly. But that comes with an evolved (and evolving) brain as complex and baffling as the entire cosmos.

Unlike the other animals, amazingly intelligent, sophisticated, and adaptive as they may be, the human animal distinctly manifests limitless curiosity, ingenuity, and inventiveness—divine-like powers to create (and destroy!). We don’t need the Bible to tell us that. We can see it for ourselves.

We traveled to North Carolina in a gasoline-powered automobile, a machine invented by two bicycle mechanics, brothers Charles and Frank Duryea, who showed it off on September 21, 1893, in Springfield, Massachusetts. Top speed: 7.5 mph.

It took us six hours to reach Kitty Hawk from Shepherdstown.

The Wright brothers took a train from Dayton through West Virginia to Hampton Roads, a steamer to Norfolk, a train to Elizabeth City, and a schooner to Kitty Hawk, toting all their gear on and off each conveyance for seven days to launch a 605-pound, motor-powered plane 852 feet for 59 seconds. December 17, 1903.

Check out Paula’s photograph (Comet NEOWISE) on the home page.