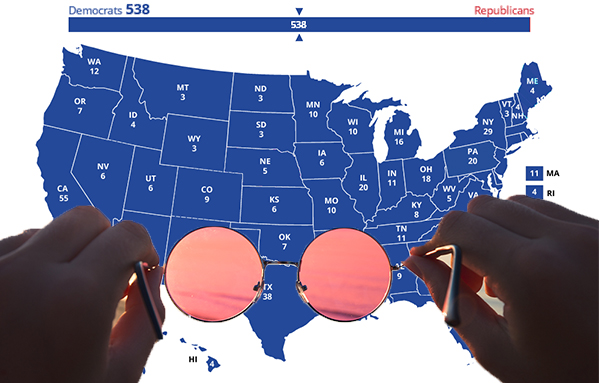 The president tested positive for COVID.

I told myself not to, but I couldn’t stop. I was actually on the verge of rejoicing. (That’s not nice! I told myself.)

So I tried to conjure sympathy.

Still, I felt no sympathy. I just can’t console an unrepentant abuser. That would enable him even more.

And yet it seemed the whole world was praying for him.

I revere nature. I believe in natural laws. I don’t believe in a god who saves people from stupidity.

I don’t know for sure, but I’m guessing the president initially saw his test result as a compliment, as some sort of praise.

Of course my test was positive. I’m a positive guy. I was weaned on Norman Vincent Peale’s The Power of Positive Thinking. It’s the only way I think.

The power of positive thinking has never failed me.

And then someone explained to him that a “positive test” in this case was not a good thing and that he could die.

And just like that, the president realized this could (AND WOULD) turn out for his benefit because everything always did. EVERYTHING.

The whole world thinks I’m on my deathbed. But I will rise on the third day. I will dominate death. The world will rejoice. Hymns will be sung. Behold, the Dominator!

The votes will resound.

The Dominator will deflate.

America will shine from sea to shining sea again.

I’m thinking positive. I’m hopeful. But I ain’t feelin’ it.